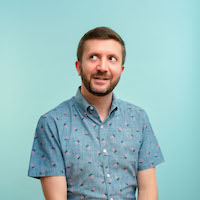 James is interested in speaking on the topics listed and others including engineering culture and web application security. For information about speaking inquiries, including past talks, please email.